One of the most fascinating things about tobacco is that it can be consumed in a variety of ways.  One of the more popular ways is orally.  It can be “dipped”, with American moist snuff.  It can be consumed as snus, as the Swedes do.  It can also be chewed, which is a common way of enjoying oral tobacco, and one of the oldest ways of consuming tobacco orally.  In fact, long before Europeans would set foot in America, the Native Americans would chew tobacco leaves.  In essence, oral tobacco consumption began in the Americas.  Chewing tobacco comes in a variety of formats, including loose leaf, plug, and twist.  Today, we’re going to talk about the origins of chewing tobacco, along with various other attributes such as popular brands, strengths of chewing tobacco, and usage. 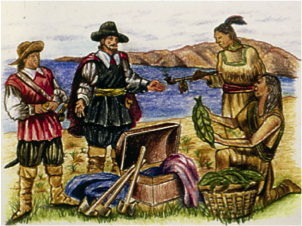 The practice of chewing tobacco goes back hundreds upon hundreds of years.  Prior to Columbus coming to America, chewing tobacco was a common practice of the Indigenous American population.  It would be mixed various ways, sometimes with lime, or mixed with mussel shells.  When Columbus came to America in 1492, he was introduced to this practice by the Native Americans. 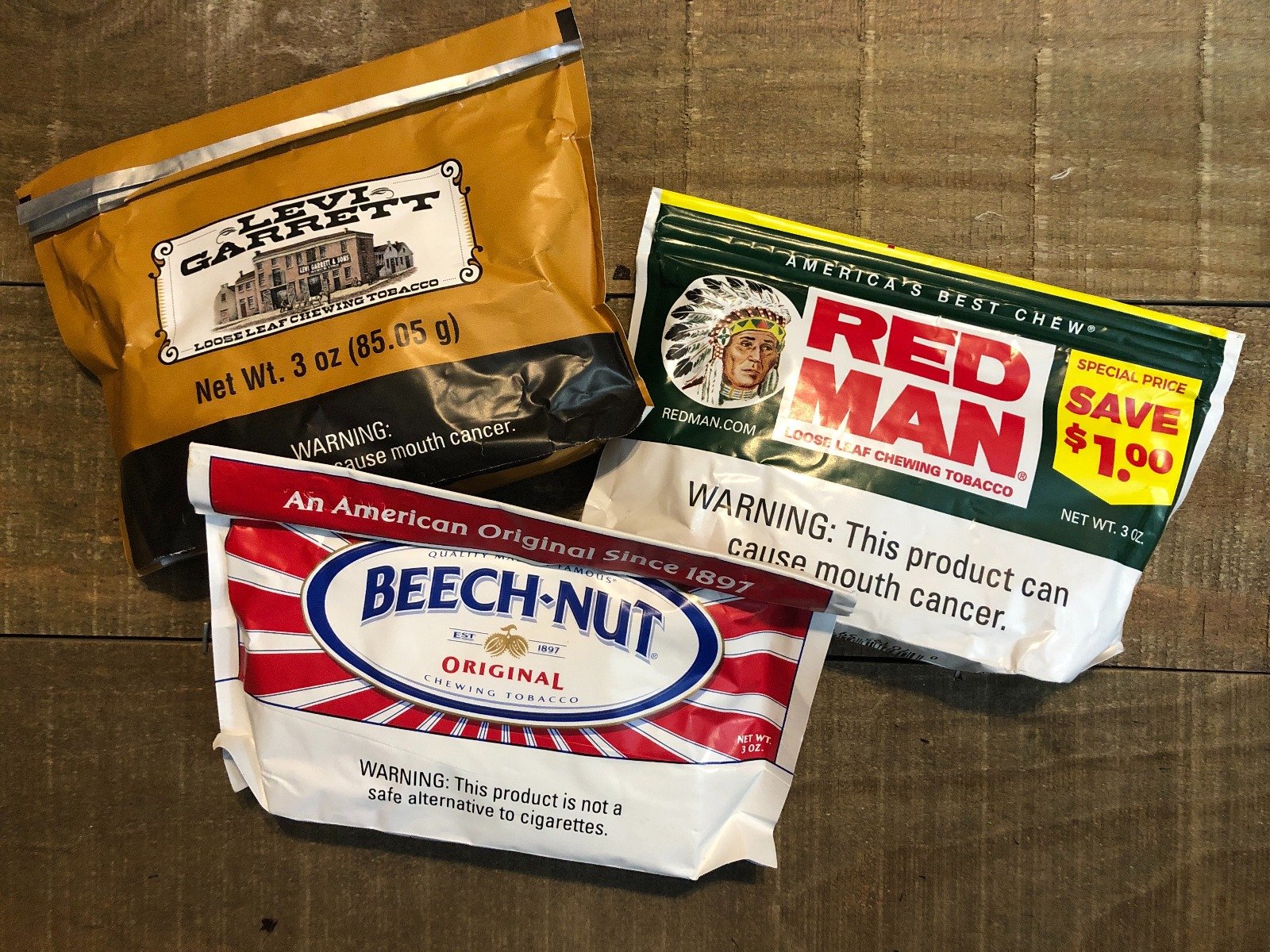 There are quite a few chewing tobacco brands still in production.  Some of the more popular ones include Red Man, Levi Garrett, Beech Nut, and Stokers.  Red Man dates all the way back to 1904.  Beech Nut dates back to the late 1800’s.  Levi Garrett is a relatively new brand, dating back a few decades to 1976.  The Stokers brand was introduced in the 1940’s.  These are just a few examples, and there are quite a few more brands out there to try when it comes to the chewing tobacco category.

Most chewing tobacco products are classified as being in the “regular” strength range, which hovers around 7mg/g to 8mg/g.  However, as chewing tobacco is a loose form of tobacco, this strength ultimately depends on how much you use.  If you pack a smaller wad of tobacco in your lip, you won’t feel as much nicotine.  If you pack a larger wad of tobacco in your lip, you’ll feel more nicotine.  While the strength remains steady in the mg/g format, it ultimately depends on the user as far as how much nicotine they will actually feel. 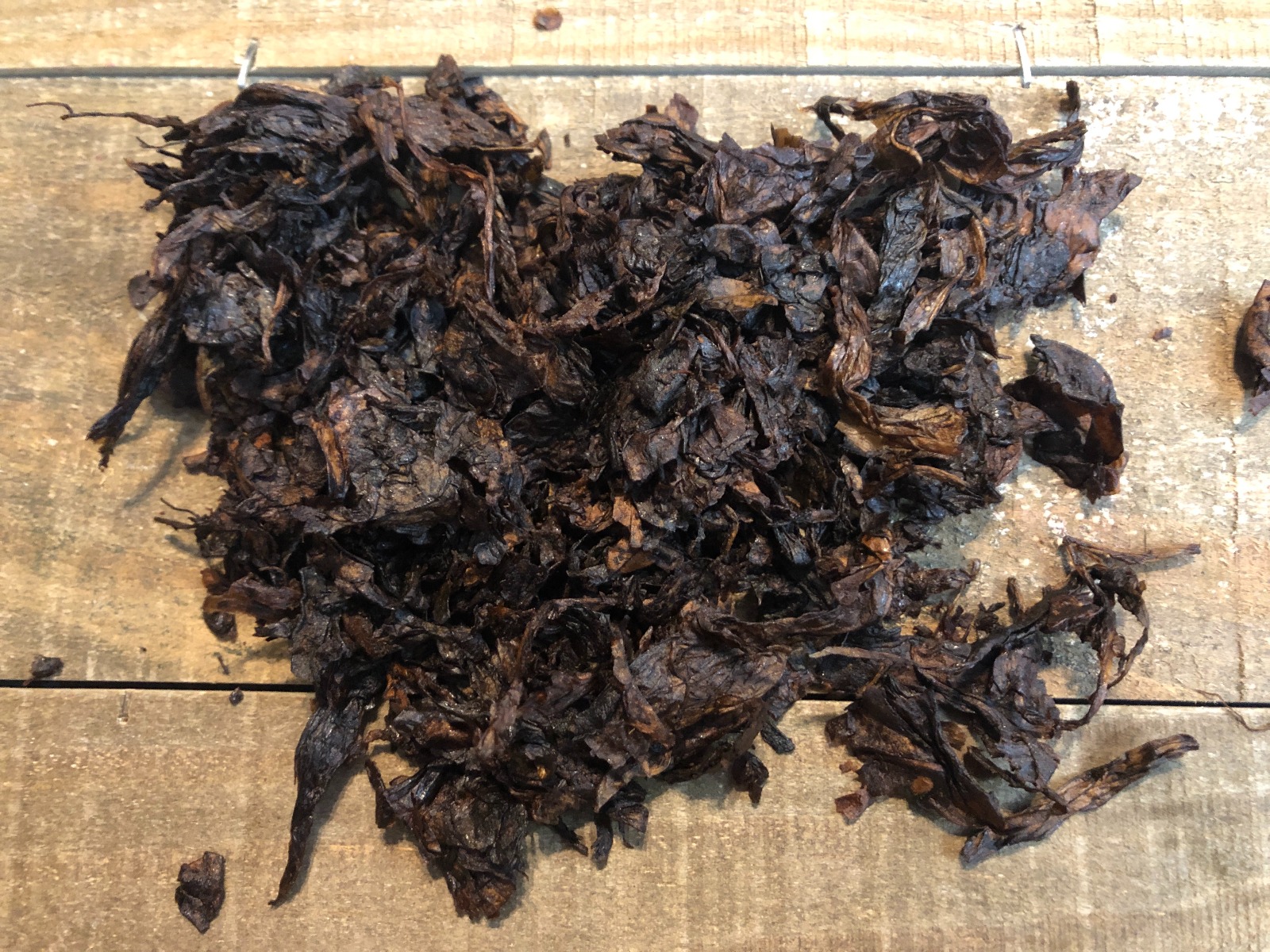 There are a variety of chewing tobacco formats.  Pictured above you’ll see chewing tobacco in the loose leaf format.  Now, let us discuss the various formats available, and how they are commonly used.  Ultimately, the usage varies based on the user, but I’ll discuss how I use them.  Your method may vary.

As pictured above, this format involves these long strands of tobacco.  This is the most common form of chewing tobacco.  It is usually, a majority of the time, packaged in the paper/pouch format.  Some companies have a resealable pouch, some do not.  Usually, you’ll reach into the pouch and grab out a good sized pinch of chewing tobacco.  From there, you’ll press the wad of tobacco into your cheek using your thumb.  Usually, I’ll chew it a few times, and it will form into a wad and settle into my cheek.  You can turn it after a little while.  Also, chewing tobacco will juice up and, due to it’s production method, I suggest spitting out the saliva.  You can use a handy tool like a Mud Jug for this disposal.  A lot of spitting is involved as the tobacco will tend to juice up a lot.

The plug format of chewing tobacco is different in appearance from the loose leaf format.  It comes firmly pressed into a rectangular shape.  This format isn’t as common or as popular as the loose leaf format, but a few brands still produce it today.  To use it, you can either cut off a bit to use, or bite it off.  From there, you would use it as with the loose leaf format:  press it into your cheek, chew on it, and remember to spit your saliva.

The twist format is when chewing tobacco is shaped into a structure resembling a rope.  This format is commonly used around the Appalachia region, but I’ve also observed it quite a bit in the South, where I live.  Much like with the plug format, pieces of the tobacco are usually bit off, or cut off.  I’ve found biting it off is easier, though.  From there, you can use it a number of ways, depending on the size.  Some press it into their cheek and chew on it.  Sometimes, I’ve placed it under the lip like with moist snuff or dip.  Ultimately, the usage of this variant depends on you.

Chewing tobacco has declined in popularity as snus and moist snuff have grown in popularity.  It’s a very rural thing now, and not something you will commonly see in public.  However, I find it a nice break or change of pace from time to time.  It certainly isn’t discrete, but if you’re an outdoorsman like I am, it fits quite well when working outside, or spending time on the water.  If you enjoy the taste of tobacco, chewing tobacco is a great way to get close to the tobacco leaf itself.  No pouch material separates you, and you’re truly connected with the leaf.  Not to wax philosophical, but that’s how I feel when I use it.  It’s not something I’ll do full time, but it’s certainly something I enjoy from time to time as a nice change of pace.