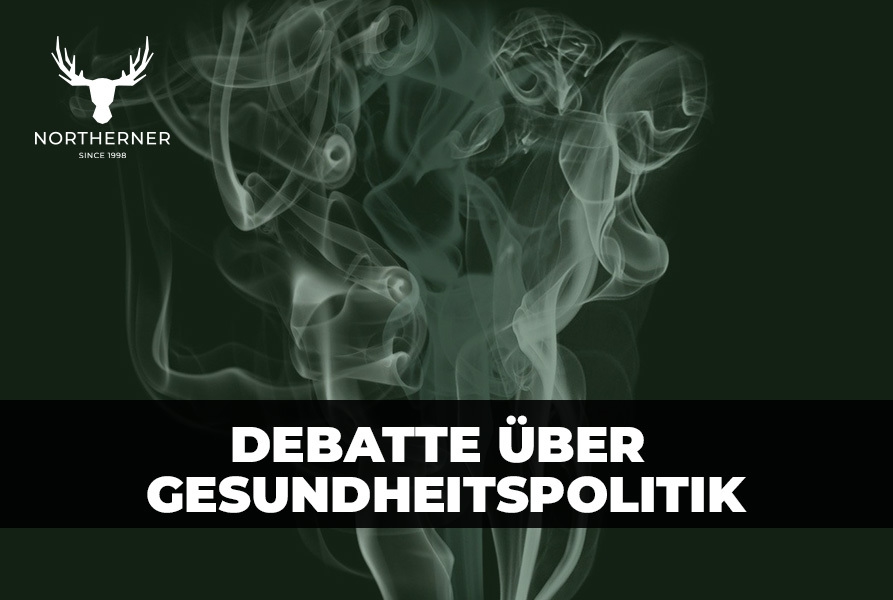 Markus Lindblad, Leiter Kommunikation bei Northener DE, bittet die Generalsekretärin von A Non Smoking Generation, Helen Stjerna, die Tabakindustrie nicht von der Debatte über die Gesundheitspolitik auszuschließen. In einem Debattartikel in der schwedischen Zeitung Dagens Opinion antwortet Markus Lindblad auf Helen Stjernas Argument in einem Artikel zur EU-Richtlinie über Tabakerzeugnisse, in dem sie die enorme Wissensbank, die durch aktuelle Forschung präsentiert wird und die nun weltweit als neue Gesetze eingeführt wird, ablehnt.
As a leading retailer of oral tobacco and nicotine products, Haypp Group agrees with the Secretary-General of A Non Smoking Generation that all products should be regulated. However, the strictness of such a regulation must be in proportion with the health effects of the relevant products. Whereas the Secretary-General seems to want to either ban all products or impose very strict regulations. In addition, the Secretary-General essentially states that any information provided by the tobacco industry should not be considered. Smoking kills, there is no doubt about it. The tobacco industry is taking its responsibility in developing new products that do not have the same harmful effects in an effort to try to convince as many of their customers as possible to change into healthier alternatives. This initiative should be celebrated and communicated and not be frowned upon as such products have the possibility to significantly improve public health and reduce the tobacco related deaths each year caused by smoking. The new year of 2021 brough with it the hopes of better times. Now, there is a vaccine against Covid-19 and mass vaccinations have started around the world. Despite all the national restrictions and measures enacted to restrict the spread of the virus, the number of deaths due to Covid-19 surpassed 1,300 persons per million citizens in Sweden in April 2021. In Europe, the number was 1,800 per million citizens and almost 400 per million citizens worldwide. [1] This implies that the number of deaths due to Covid-19 are almost the same as the number of deaths caused by smoking each year. In 2017 approximately 13,000 people died in Sweden due to smoking, that is 800 people less than those who have died due to Covid-19 on 20 April 2021. Globally, approximately 7 million people die from smoking in 2017 alone. This can be compared with the more than 3 million people who have died due to Covid-19 since the start of the pandemic. [2] It is estimated that 100 million people died due to smoking during the 20th century. [1] As a reaction to this, many countries across the globe introduced high excise duties, smoking bans, marketing restrictions, health warnings, sales permit requirements and other more or less creative and effective measures trying to limit smoking. High excise duties on cigarettes and stricter regulations on smoking made Sweden stand out in comparison with other countries for a long time. When Sweden increased the excite duties in the middle of the 1990s, smoking was cut in half. However, the rest of Europe has now caught up with Sweden and in some cases overtake Sweden. In a number of European countries, the excise duty and the price of cigarettes are significantly higher than in Sweden (Table 1). In addition, the Swedish excite duty’s share of the sales price is among the lowest in all of Europe.
Table 1: Smokers and snuffers as well as price and excise duty on cigarettes 2017 Share of smokers and snuffers among adults, price in SEK and the excise duty’s share of price on cigarettes Country/ region Smokers [3] Snuffers [4-7] Price per cigarett [8] Share of excise duty [3] Sweden 10 11 3,1 68 Norway 13 12 - 64 Denmark 15 - 2,8 74 Finland 15 3 4,0 87 United Kingdom 17 - 5,4 79 France 28 - 4,5 82 Germany 22 - 3,2 68 Ireland 20 - 6,3 78 United States 14 2 - 43 World 19 - - 61