One of the things I enjoy the most about tobacco is the wide variety of ways it can be consumed.  I’m an oral tobacco enthusiast, so I enjoy consuming tobacco orally in many formats.  Snus, in the upper lip.  Dip, for the lower lip.  And chewing tobacco, for the cheek.  Heck, sometimes I’ll even reach for some nasal snuff, but that’s another article for another day.  However, there are a lot of terms that can be used interchangeably, and it can get a bit confusing for people who are new to oral tobacco products.  Snus, snuff, and chew are commonly mixed up and, in some situations, interchanged.  Today, we’re going to talk about the differences between dipping tobacco and chewing tobacco, and clarify any confusions that may arise when discussing these various formats. 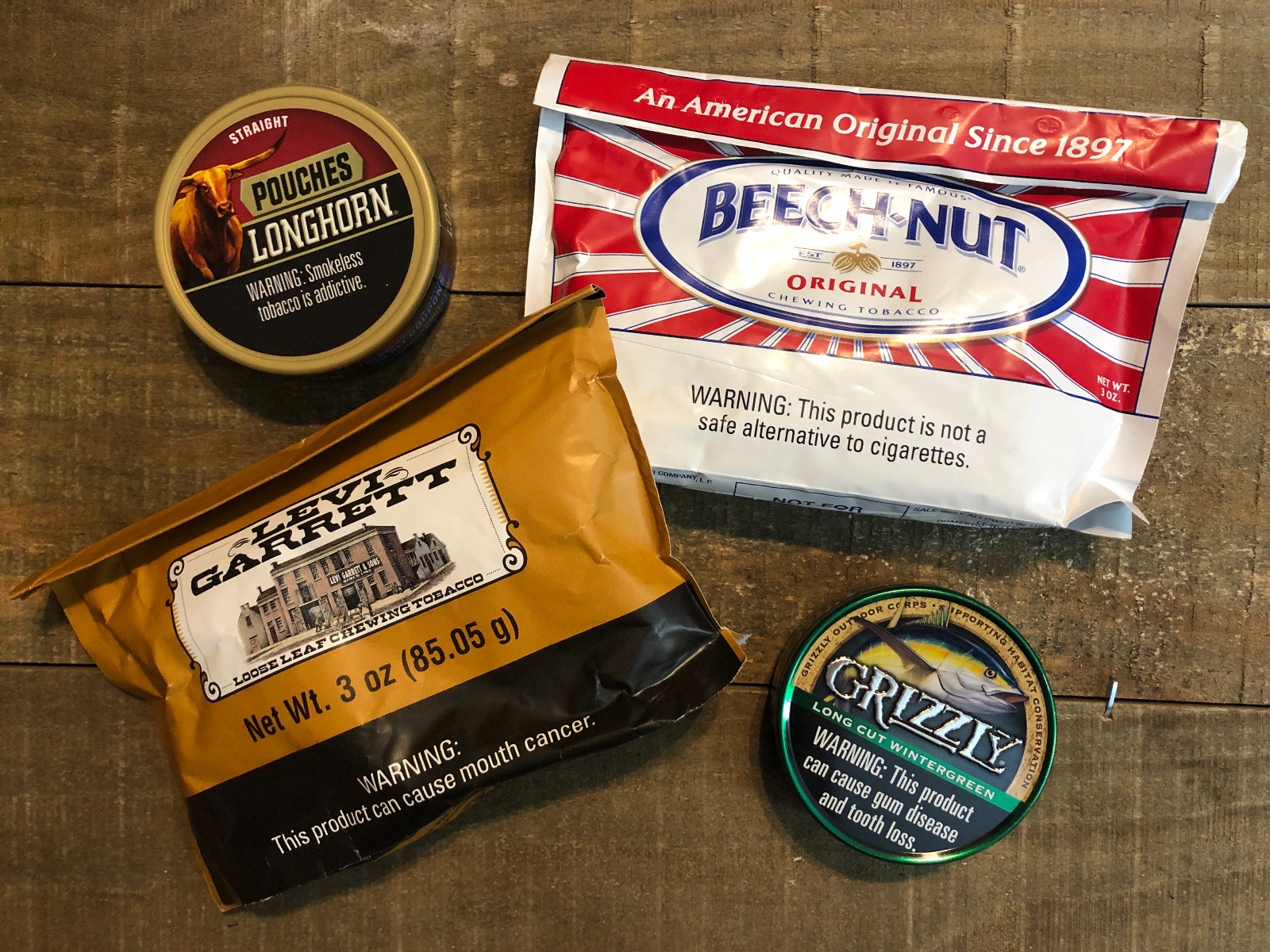 This term is commonly used in two formats:  to describe American moist snuff, and nasal snuff.  Nasal snuff is one of the oldest forms of tobacco usage, where pulverized leaves of tobacco are processed into a dry powder, and inhaled through the nose.  It is sometimes called “powder (or powdered) dry snuff”.  American moist snuff is more commonly referred to as dipping tobacco.  These are the two more common usages of the word snuff.

Snus is a moist, ground form of tobacco originating in Sweden in the 1700’s.  Snus can sometimes be confused with dipping tobacco, however the two are vastly different in that snus is a pasteurized tobacco and dipping tobacco is a fermented form of tobacco.  Snus is commonly enjoyed in Sweden, the United States, and a spattering of countries around the globe.  Snus is commonly used in the upper lip, and no spitting is required due to the pasteurization method.

Dipping tobacco or, sometimes, American moist snuff, is a form of oral tobacco that originated in the United States in the 1800’s.  It is a derivative of Swedish Snus, and evolved when Swedish immigrants brought snus to the United States in the 1800’s.  Dipping tobacco is produced differently, due to the fact that it involves fire curing of the tobacco instead of steam curing.  Dipping tobacco is traditionally placed in the lower lip, and the user must spit their saliva, as the fermentation of the tobacco can lead to a saliva that upsets the stomach.

Compared to snus and dipping tobacco, chewing tobacco is actually a much older form of oral tobacco consumption.  This practice was used by the Indigenous American population prior to Columbus coming to the New World in 1492.  This type of tobacco is commonly chewed, and placed in the cheek rather than the upper lip with snus, or the lower lip with dipping tobacco. 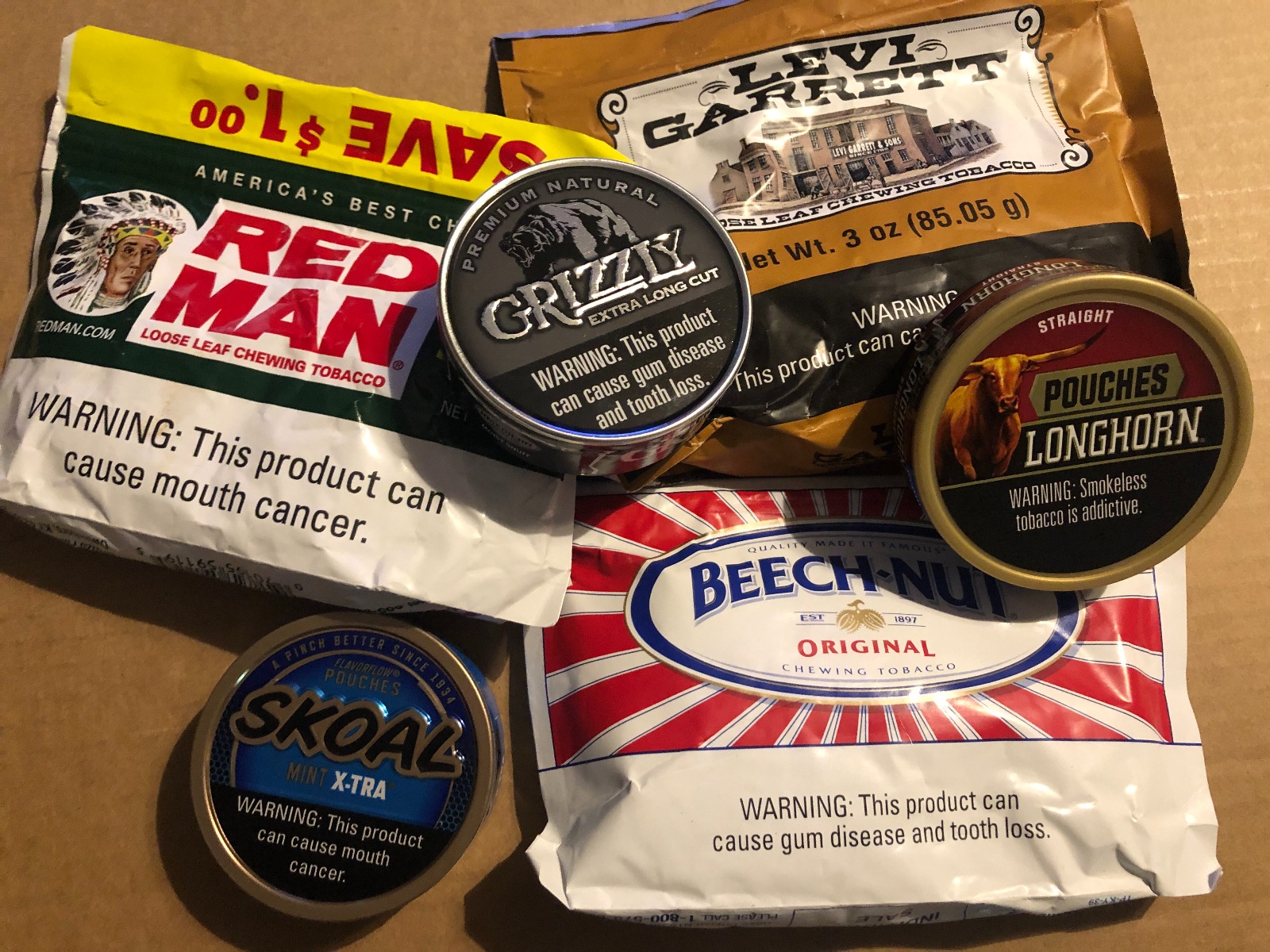 In terms of brands, both categories have a wide variety of brands, varying in popularity.  In terms of dipping tobacco, there are quite a few brands out there.  The more popular ones include Copenhagen, Grizzly, Kayak, Kodiak, Longhorn, Red Seal, Skoal, Stoker’s, and Timberwolf.  Copenhagen is the oldest brand of these, dating back to the 1800’s.  Skoal, another popular brand, dates back to 1934.    Regarding chewing tobacco, some of the more popular brands include Red Man, Levi Garrett, Beech Nut, and Stokers.  Red Man originates in 1904, Beech Nut goes back to the later 18900’s, Stokers in the 1940’s, and Levi Garrett dates back to 1976. 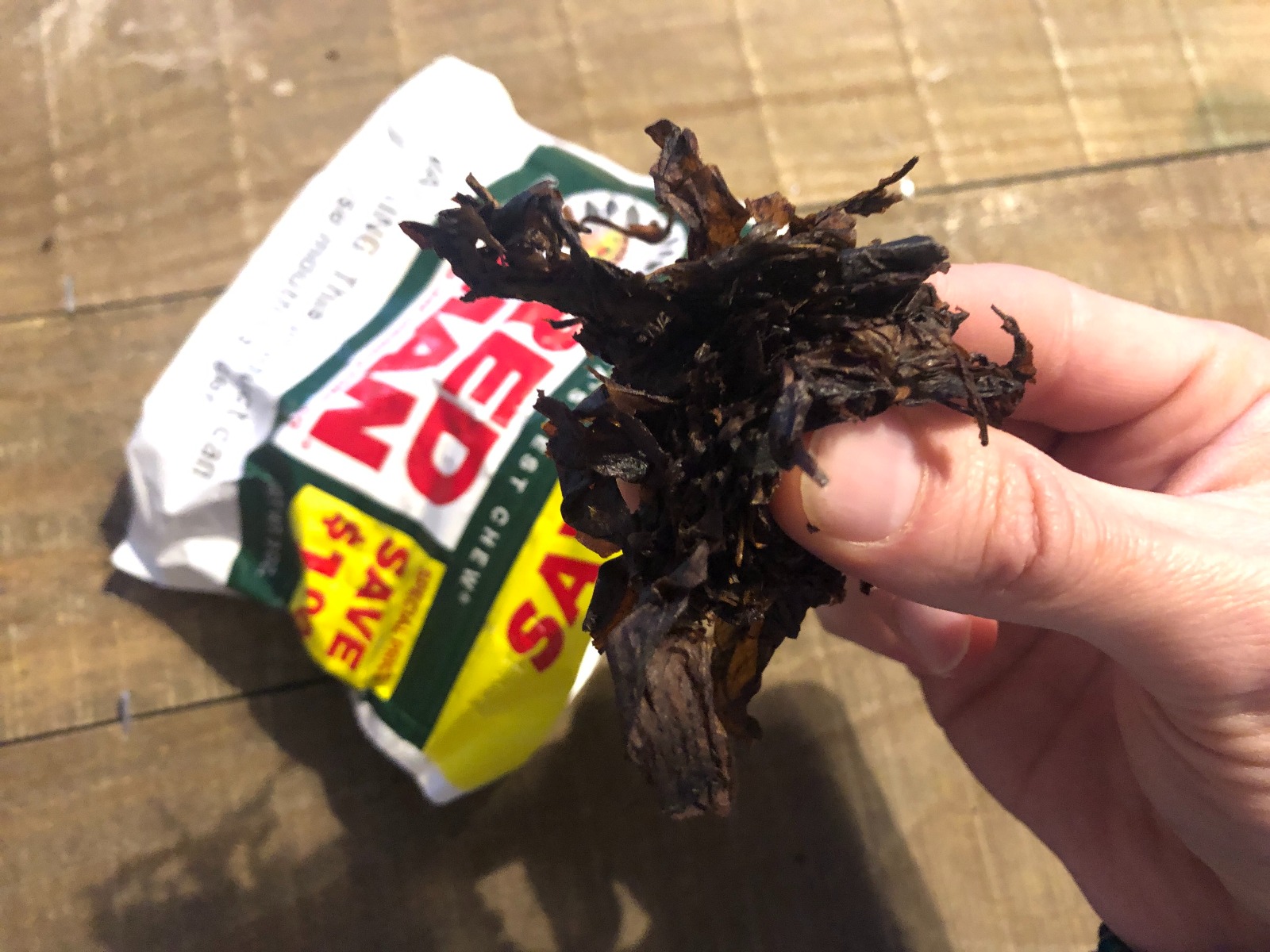 Chewing tobacco and dipping tobacco are used in entirely different ways, and in different places in the lip.  With chewing tobacco, you take a big pinch of the tobacco strands from the pouch and place them in your cheek.  I usually press them into my cheek with my thumb.  From there, you’ll chew it a few times to form it, and it will remain in your cheek.  Some will turn it midway through.  I’ll do that from time to time, but not every time.  Chewing tobacco also requires spitting, due to how it’s made, and the fact that it juices up a lot.  You can use a handy tool like a Mud Jug if needed.  Or, like others here where I live in the South, you can spit into a Mountain Dew bottle. 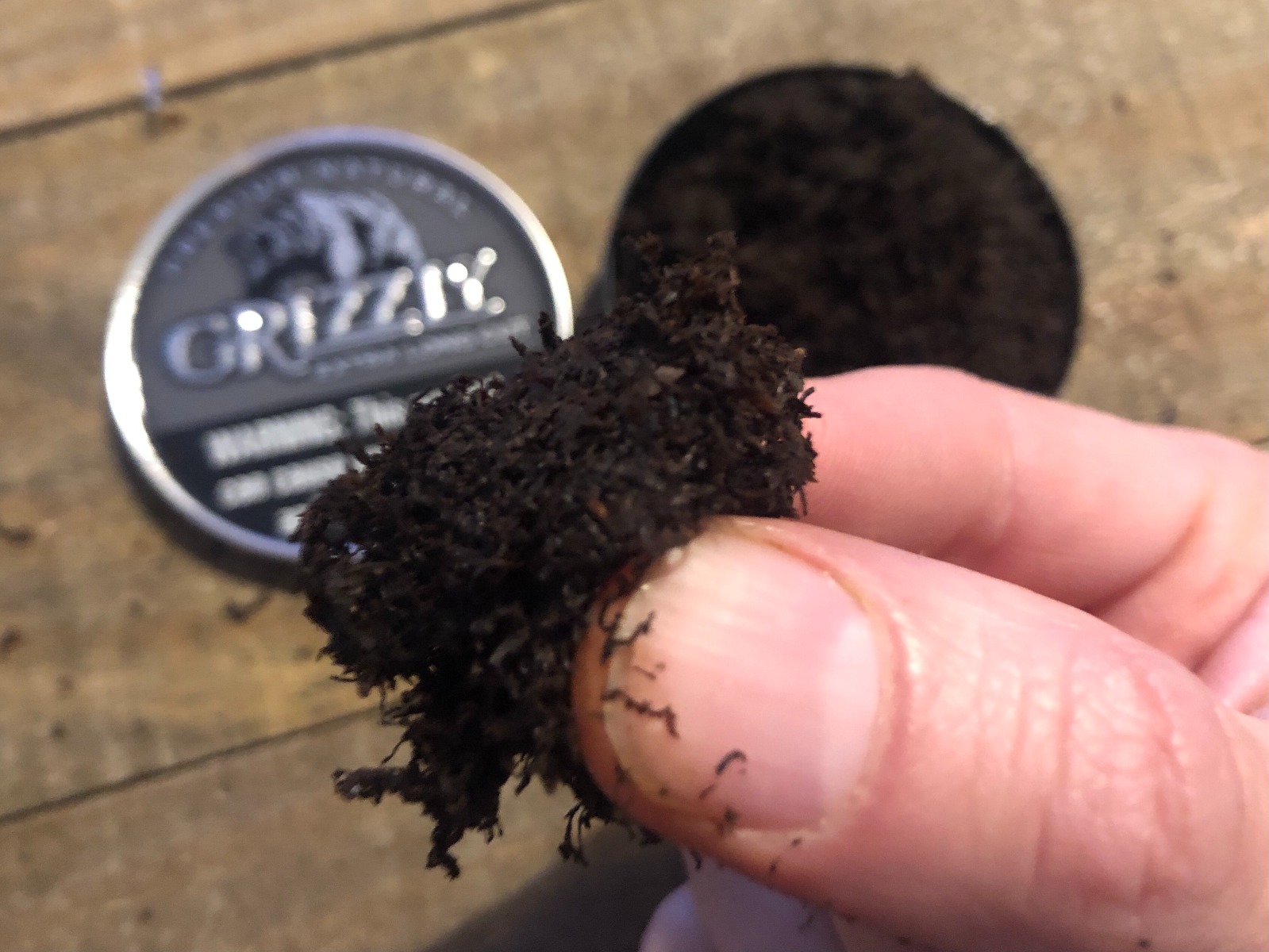 Dipping tobacco begins with a pinch of tobacco, much like with chewing tobacco.  From there, the pinch is placed, or parked, in your lower lip.  It isn’t chewed or anything beyond that point.  As with chewing tobacco, though, spitting is involved due to how it’s made.  You can use a Mud Jug, or some other similar receptacle for your saliva as you see fit.  Again, no chewing is involved.  Dipping tobacco also comes in the pouched format, but there’s really nothing to do that other than placing a pouch of it under your lip.

The chewing tobacco and dipping tobacco formats are similar in that they are both oral tobacco products.  However, they are both quite different in terms of brands and usage.  As a snuser, I don’t use dipping tobacco much, but it is a welcome change of pace from time to time.  Chewing tobacco is one that I’ve recently begun getting into and I find that I enjoy it more than dipping tobacco.  But, that all really depends on the person who is using it.  Both products have a wide variety of brands, so if it’s a world you want to dive into you certainly have your options.  My personal recommendations for both categories are as follows:

You can ultimately experiment and use what you want, but those are the products I’ve found that I enjoy the most.