An American Love Of Loose Snus 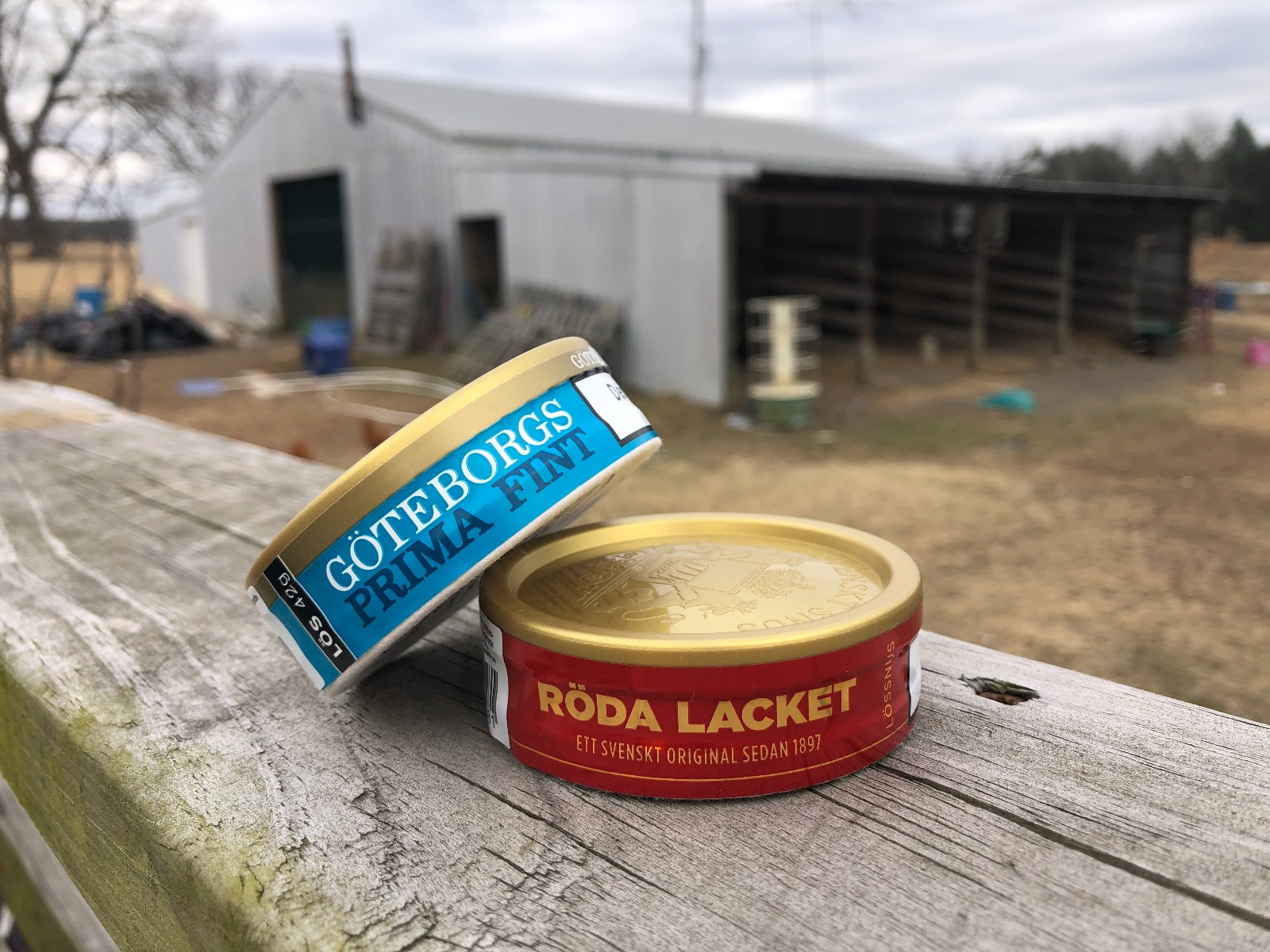 When I first started using snus in 2009, one of the things I loved most about it was the discretion.  I had spend almost two decades running restaurants, and smoking wasn’t the best habit to have.  Not only that, but I didn’t really have time for smoke breaks.  So, enter Swedish Snus in the summer of 2009, and my smoking habit went out the window and I fell in love with this new world of Swedish Snus.  Believe it or not, at first I primarily used white portion.  But over time, three months I think, I switched to original portions.  Back to the beginning, I heard a lot about loose snus in the early days of snus forums.  I grew up in the South, and I was familiar with American “moist snuff”, so when I saw photos of loose snus, I didn’t have much interest in it, because it looks like unpouched tobacco, which came with a certain social stigma and stereotype in the South.  That, and I was working 60-70 hours a week, and loose isn’t very discrete in a restaurant.

Well, I eventually decided to try it.  I was a snus reviewer, after all.  It only made sense.  One of the first ones I tried was Ettan Lös.  Like most Americans who were new to snus, I used a portion making took, the Prismaster, and was weary of learning to handbake.  Eventually, I evolved into using the Icetool.  I toyed around with handbaking here and there, but it wasn’t really my forte; I just couldn’t get the method down.  I grew to enjoy loose snus more and more, and eventually became my nightly “treat”.  When I got home from work, I’d have a big prilla (or two) of loose snus, and it was a great way to unwind after a long day.  On weekends, most of what I’d use at home would be loose snus.  After a few years, I did get better at handbaking, practice makes perfect and all that.

From 2009 to 2019, loose snus always took a back seat for me to portion snus.  I enjoyed it, but used it in moderation.  Working a lot like I did, it wasn’t something I could do in my old job.  When I went back to college, I went to tobacco free campuses, so portions were much sneaker than loose snus when in class.  After I graduated and went to work in a government job, loose snus was also a non option there.  However, events over the course of the last few years would allow loose snus to move from the backseat to the passenger seat. 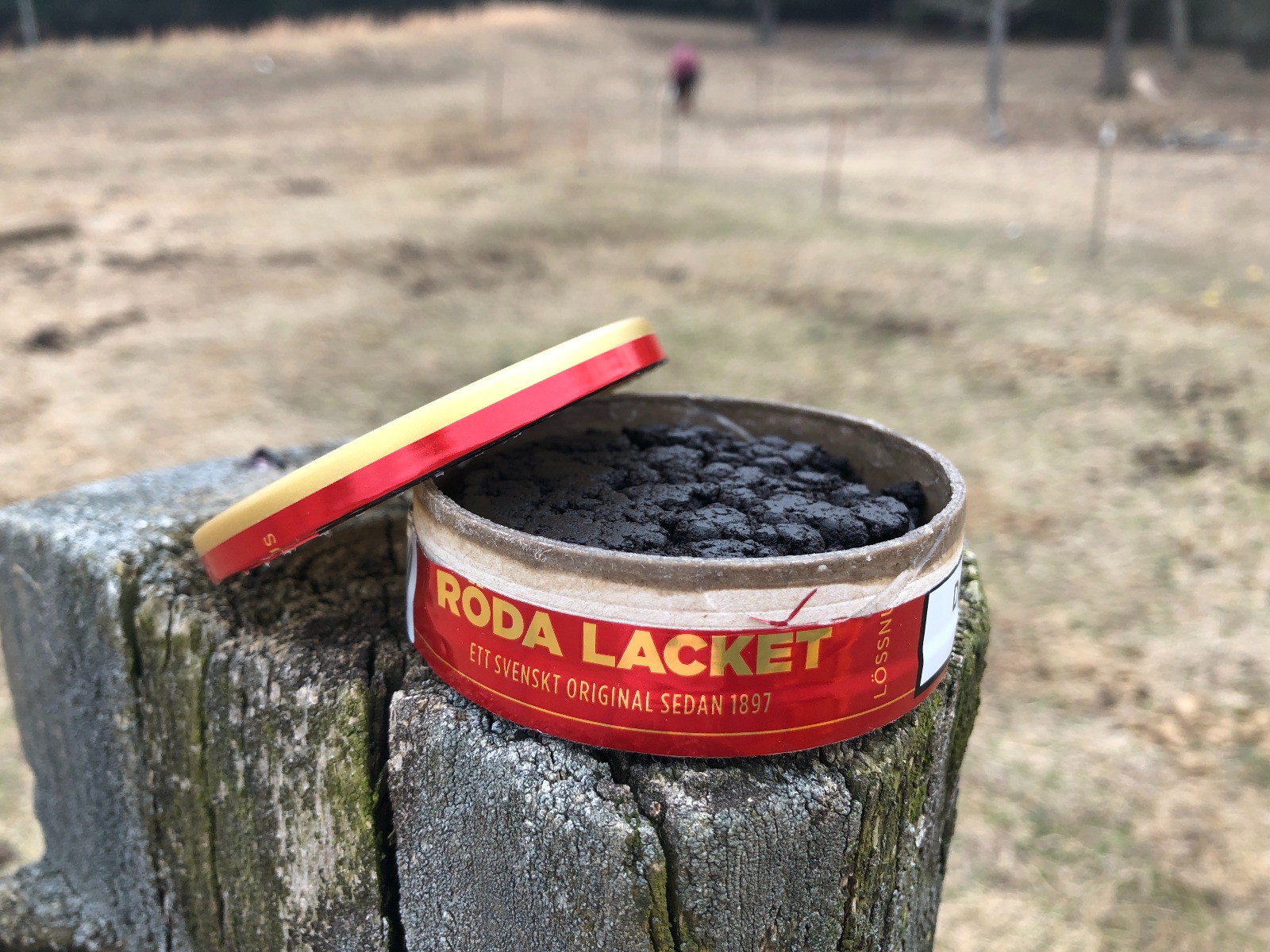 In June of 2019, we bought a farm.  Something about moving out of the city and onto our farm made me want to use loose more.  I think a lot of it was the Southern stereotype in my mind of farmers and American moist snuff, or dip.  A lot of it was being outdoors so much.  Working in our field, fishing in our pond, tending to our livestock, for some reason when I was working outside all I wanted to use was loose snus.  It was relaxing, in a sense.

Being outside so much compared to living in the city was very calming.  And it made me want to use loose snus more, because I associated loose with relaxation.  Over the next year, my loose usage went from being maybe 5% of my daily usage to being much more.  My favorite loose, Prima Fint, was always the one I brought with me, but I also kept a lot of Roda Lacket around, as well.  Since the portion version went away, I started using the loose version more often.  It became a snus I associated with being outside. 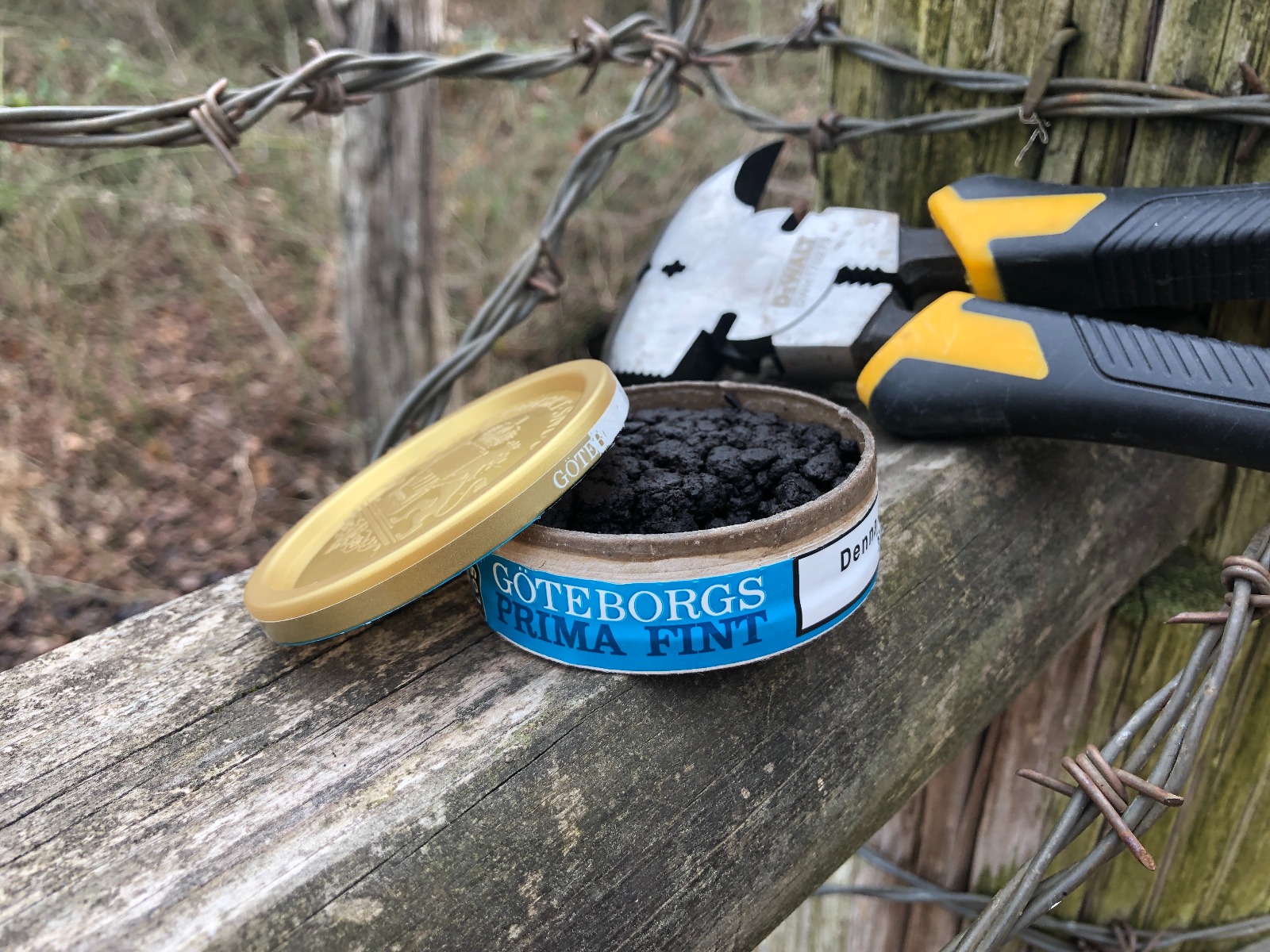 In March of 2020, of course, COVID hit.  Being a father of five, I needed to stay home to homeschool the kids to keep them safe.  The state I live in was one of the worst ravaged by the virus.  With the missus is in healthcare, her job was more important than mine, so when I lost my job due to COVID it was easier for me to stay home.  Becoming a stay at home dad/full time teacher was a big change.  But, it did come with a benefit:  I could use loose snus more.  Loose, prior to COVID, was something I’d use after work and on the weekends.

Now, being at home full time, I could use loose whenever I wanted.  My job, essentially, became being at home, and I loved being able to use loose snus at “work”.  It was much different from sitting at my desk, in an office, and being bound to using portion snus most of the time.  But, it was a change I welcomed and enjoyed.  This time period also led to me becoming more of an appreciator of loose snus.  Before, I enjoyed it, but was simply a casual user.  This time period led me to becoming a mega fan of loose snus, and appreciating it so much more than before.

Portion snus is incredibly convenient.  And, discrete!  But there’s just something about loose snus that portion snus, and yes, nicotine pouches, can’t beat.  Loose snus gets you as close to the tobacco as possible.  It’s a whole other level of tobacco and nicotine enjoyment.  It’s big flavors, cans packed full, and snus history, all rolled up in one package.  But for me, it’s a best friend that's been at my side the past 12 years.  And now, it’s one I get to spend a lot more time with.