How Strong are Nicotine Pouches?
Home / The Northerner / Is Snus Legal in the UK 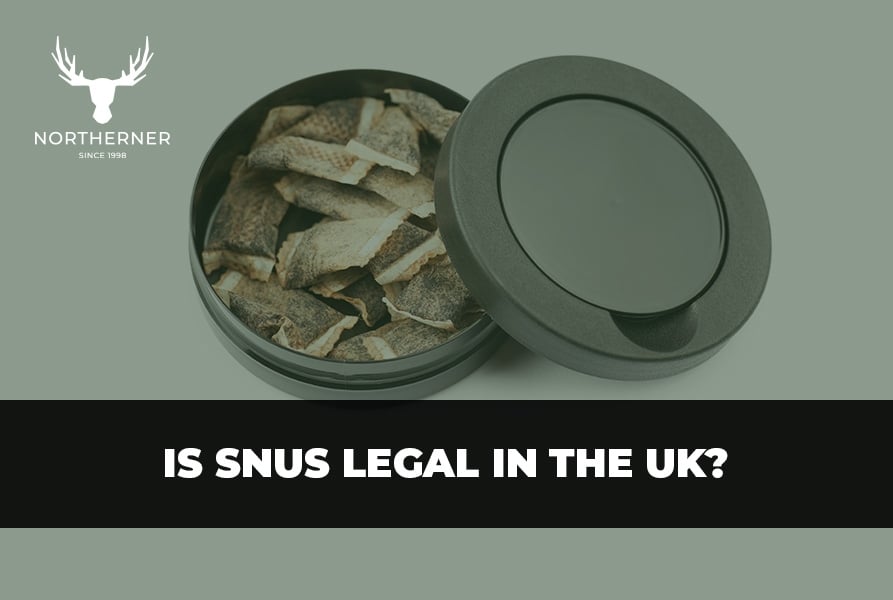 Snus is a traditional Scandinavian tobacco product that is smokeless. It comes in either portioned or loose varieties and is used by placing the pouch/pinch between the gum and upper lip until the effects wear off. It has been popular in Scandinavia for its relatively high nicotine content and quick absorption. However, it’s legality is rather confusing. We cover where is it legal and some alternatives to snus.

Is Snus Illegal in Europe?

The sale of snus has been illegal in the European Union (EU) since 1992, with the exception of Sweden. This ban was put in place around the time the World Health Organization (WHO) concluded that snus was carcinogenic (mainly due to the tobacco). The ban was also, in part, put in place due to forceful attempts to introduce smokeless tobacco into the UK market by US manufacturers.

Is Snus Illegal in the UK?

It is illegal to buy and sell snus in the UK, but legal (if you are over the age of 18) to use snus.

Why is Snus Illegal in the UK?

The biggest reason the ban started was because of the forceful marketing from US manufacturers trying to introduce snus to the UK market. However, the health authorities in the UK also argue that snus can cause mouth cancer. Both of these combined are the main reasons why snus is illegal in the UK.

Is Snus Legal in Football?

While there is little scientific research into the impact of snus in sports, some believe it could be giving footballers a perceived increase in alertness and concentration, which is likely to attract competitive athletes.

As for if snus is legal in football: the Footballers Association (FA) have not ban the use of snus, but they are monitoring the situation.

Snus and Football - Indulgence or Doping?

While it is illegal to buy snus in the UK, you can still buy nicotine pouches. Nicotine pouches are an all-white, tobacco-free pouch made with filler, flavouring and nicotine concentrate.