How to Quit Snus

How to use Nordic Spirit
Home / The Northerner / Snus and Football – Indulgence or Doping? 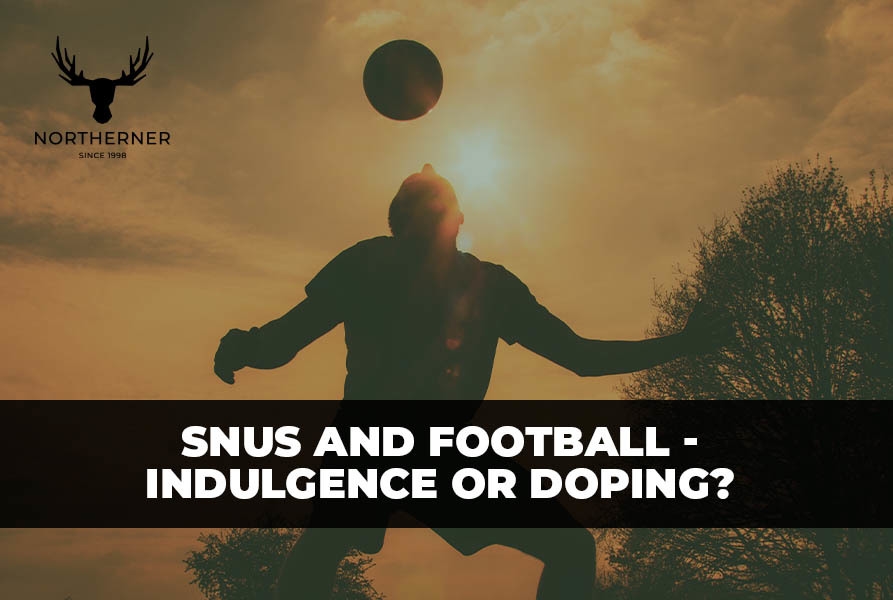 Swedish snus made headlines back in 2018 when Daily Mail reported finding used snus pouches by the bench after a Leicester City game at King Power Stadium.
Why do some footballers use snus? Is it a legal recreational product or is it considered doping?

Snus addiction in football was all over the tabloids back in 2018. After the mentioned article in the Daily mail other newspapers, such as The Sun and inews quickly jumped on the famous bandwagon publishing their own articles on the matter. The ball was rolling.
One could read about the “drug” taking a hold of the Premier League along with picture evidence such as Jamie Vardy with a snus can in hand and used pouches on the floors of stadiums. Concerned trainers made anonymous statements and individual players were pointed out as snus users.

Is Snus Legal in Football?

Snus has been banned from sale in the UK since 1992, however there are no laws against possessing or using it.
It is thought that the product was introduced to English football by Scandinavian players signed to the UK clubs. According to the article in Daily Mail the players would get hold of snus via social media accounts, of course also naming players who follow these accounts.
The FA have sort of dodged the question by stating they warn players of the dangers of using drugs, but are monitoring the World Anti-doping Agency’s stance on the matter of snus. The WADA´s report “Effects of Snus Administration on Sport Performance” from 2015 clearly states that nicotine is not banned in competition and that it gives no unfair advantages when it comes to performance. Nicotine is still on their monitoring list in 2022, however there is no ban against it.

Why Do Some Footballers Use Snus?

According to the article in the Sun, players are using snus to boost performance and mental sharpness. Jamie Vardy has also previously stated: “I found they helped me chill out. A lot more footballers use them than people realise, and some even play with them in matches.”
The WADA conducted a 3 year-long study on 18 people that resulted in the report mentioned above. The objective was to determine if snus increased stamina, in order to conclude if it should be banned in sport competitions or not. The following tests were performed:

• The effect of snus during high intensity short interval exercise.

The results in 2015 showed that the test subjects lowered their performance by 13,1% on average when exercising without snus. Meaning they needed the snus to maintain a nicotine level that allowed them to perform on an individually regular level.
Snus is undoubtedly an addictive stimulant and is closely monitored by the WADA. The future of it remains unsure, but for now the football players are free to enjoy a pouch if they want to.