The EU calls for evidence: express your opinions!

How to Quit Snus
Home / The Northerner / what-are-nicotine-pouches 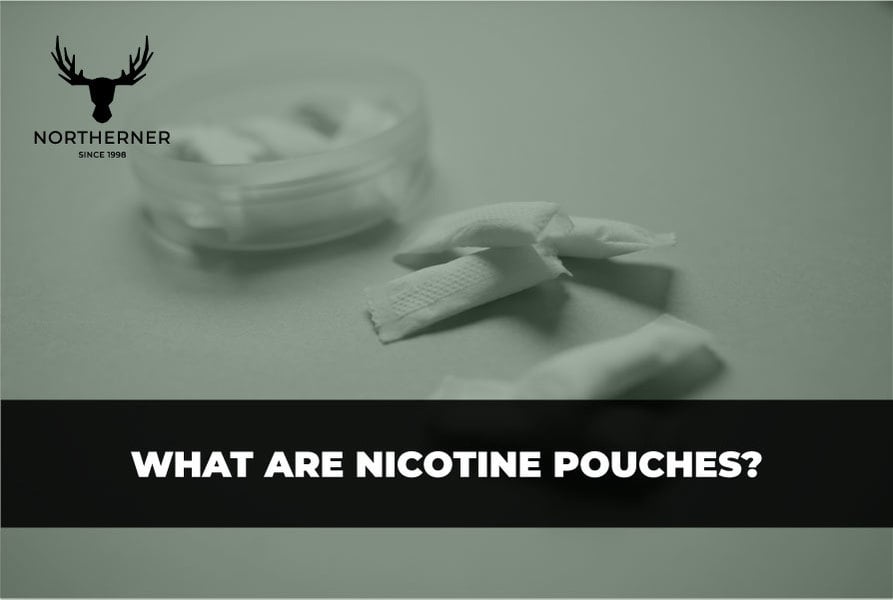 What are nicotine pouches?

Nicotine pouches provide a new and convenient way to enjoy the effects of nicotine in a smoke and tobacco-free manner, without staining your teeth.
The nicotine pouch is a neat and discreet, spit free nicotine product that is smokeless and completely free from tobacco. Instead of tobacco, the pouches contain a unique blend of natural plant fibres, nicotine and various fresh flavourings. A small amount of chewing gum base is also added, which gives the pouches a supple softness that makes them fit discreetly under your lip. The nicotine in the pouches are either extracted from the tobacco plant as a nicotine salt, or synthetically produced.
They are discreet, low in moisture, smooth and comfortably fitting – but still deliver a solid flavour and nicotine experience.

Nicotine is an alkaloid that occurs naturally in the nightshade plant family (Solanaceae). The tobacco plant (Nicotiana tabacum) in particular produces high levels of nicotine as a chemical defence to prevent insects from infesting it. The potato and tomato plants are other species of the family that contain nicotine, although in lower concentrations.
Nicotine has for a long time been used by humans as a stimulant. By inducing a release of noradrenaline the brain, nicotine acts as a stimulant and produces a slight buzz. It also increases the production of acetylcholine, which is believed to enhance focus, and beta-endorphin, which relieves anxiety. This gives nicotine stimulating as well as calming effects. Nicotine also effects the dopamine system, which is involved in the reward system in our brains. (Source: drugscience.org.uk )
Nicotine pouches release nicotine, which is absorbed into the bloodstream via the mucous membrane in the mouth, transferring it to the brain’s reward system. This gives most people a general feeling of well-being. High doses can cause side effects such as nausea, tremors and palpitations, similar to excessive doses of coffee and other caffeine products.

THE HISTORY OF NICOTINE POUCHES

The development of nicotine pouches started in the United States, where there was a demand on the market for a new way of using nicotine and a product that did not taste or smell like tobacco.
Swedish snus company Swedish Match started the development of a new, innovative nicotine product completely free from tobacco, still providing a good nicotine release.
The first product on the market was Swedish Match's ZYN - a completely white and tobacco-free nicotine pouch, released in 2018.
Since then, the segment has grown rapidly and the demand for nicotine pouches has increased immensely. Not only in the United States, but across the globe. A lot of the leading snus manufacturers have started producing nicotine pouches and many new brands have entered the market.