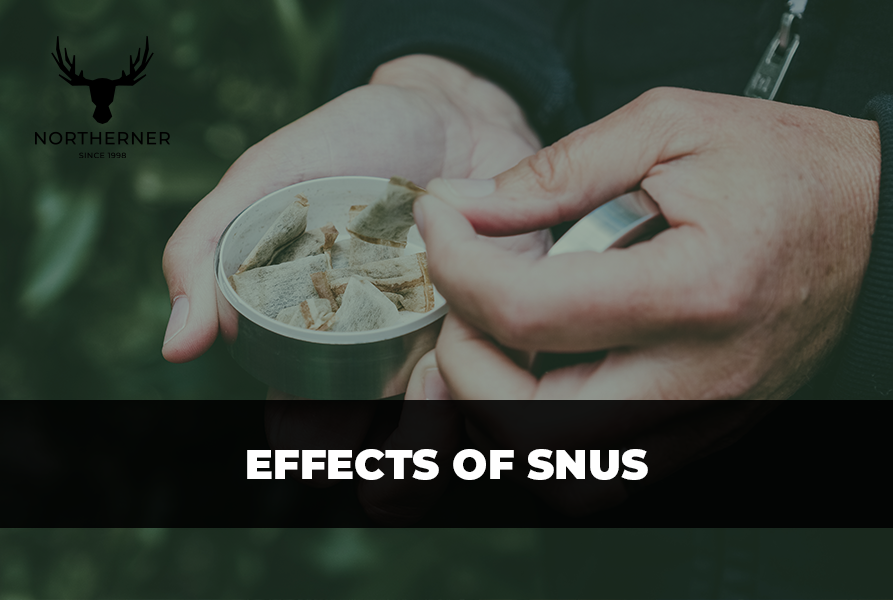 What Are The Effects of Snus?

Snus is a popular Swedish tobacco product that has been produced for hundreds of years; it is said to be the reason for the comparatively low number of smokers in Sweden. There are several forms of snus, but the most common type is tobacco portions. Users place the portion under their top lip and should be removed once the effects are no longer felt.

It important to note that it is currently prohibited in the UK; you can only purchase tobacco free nicotine pouches in the UK.

What are the general effects of snus?

Snus, like every tobacco product, contains nicotine. When using snus, the nicotine is absorbed into the bloodstream via the mucous membranes in your mouth. The “buzz” that users report comes from the nicotine; when it is absorbed into the body, the user’s heart rate and blood pressure increase as your adrenaline spikes. The effects of snus that most users report include a sense of relaxation as well as stimulation, most likely caused as the nicotine activates the brain’s reward system.

How long do the snus effects last?

Generally, snus users begin to feel the kick moments after inserting the snus pouch under their top lip. The duration of the “buzz” from the nicotine usually lasts between 20 minutes to an hour, after that the pouch should then be removed.

What are some of the possible side effects of snus?

Snus effects users in different ways, however these are due to two main ingredients: nicotine and tobacco.

Tobacco causes one of the main side-effects of snus – the discolouring of the user’s teeth (caused by the brown colour of the tobacco). It is also why for beginners, snus effects can trigger nausea during the first few times, as they are new to the tobacco juices. There is also the possibility that there are some visible effects of snus on gums in users, with some reporting reversible gum inflammation (known as gingivitis).

The nicotine (that produces the “buzz”) can cause result in other side effects and are why some users feel tobacco-free snus effects. While some users may experience headaches and nausea, those who use nicotine products excessively are likely to have more serious complications. The consumption of too much nicotine can cause nicotine poisoning, which while scary, is rarely fatal. Nicotine poisoning requires medical attention; the body will go from the nicotine high (blood pressure and heart rate increasing rapidly, dehydration, headaches and nausea) to the polar opposite (blood pressure drops, heart rate decreases; both of which could, if they drop too low, could cause the user to fall into a coma).

Therefore, it is recommended to use in moderation as well as recommended that users do not use snus or nicotine during pregnancy.

What is the difference between snus and all white nicotine pouches?