record-responses-eu-call-for-evidence
Home / The Northerner / What is Snus? 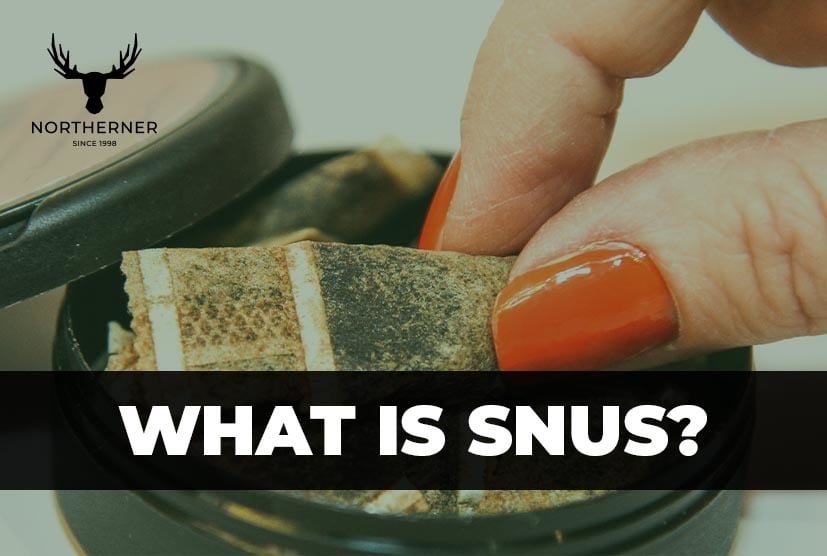 What is snus? Keep reading to learn about what it is and also to take a deep dive into tobacco-free nicotine pouches and their uses.
See our Alternatives to Snus

A Brief History of Snus

You may be wondering what is Swedish snus?
Its history began in 16th century France, where the use of snuff became widespread. Snuff is tobacco powder that you inhale through the nose.
At some point during the 1560s, Jean Nicot, a French diplomat, suggested to Catherine de' Medici that snuff might work as a migraine remedy. She used it regularly, and it became very popular in the court of King Henry II of France. From there, its use extended throughout France.

At the beginning of the 17th century, the use of snuff spread to Sweden. Swedish users found that snuff could become quite messy to use, so producers developed snus.
The first type of snus was a moist loose tobacco and in the 1970s a new type called portionssnus or portion snus was developed. This is basically what is in snus to this day. You place both types inside your upper lip. Snus is less messy than nasal snuff and very discreet to use.
Keep reading to learn about the different types of snus to help you choose the right one.

What Are the Different Types of Snus?

Basically, snus falls into four distinct types. The first is loose, which is loose moist tobacco. It comes in three forms: coarse, medium, and fine grind. You form it into what is called a 'portion' in your hand and put it inside your upper lip.

Original Portion was the next type of snus that was created. Customers didn't want to form the portions in their hands. Instead, producers packaged the snus in paper bags, in ready-made portions. This was the first type of snus pouch.

There were very few changes in the world of snus for twenty years. However, producers received reports from users that Original Portion dripped, and the flavour didn't last that long. White Portion was introduced to fix these issues. They caused less drip, and the flavour lasted longer.

Finally, the All White Portion hit the market. This pouch contains no tobacco, and they are completely white. This leads to less staining of the teeth. Several of the pouches are also dry, so there is even less drip, but it can take a few seconds for the pouch to release the nicotine and flavour.

What Are the Effects of Snus?

One of the great things about snus is that it comes in so many flavours and strengths. A couple of big questions that many people ask are, what is snus used for and what does snus do to you? Its use has changed over the years. Originally, it was a way of avoiding the inconvenience and mess of snuff. Then, as producers offered it in different forms and flavours, it became a way to enjoy tobacco and nicotine-free pouches without the taste of tobacco.

If you've ever wondered what snus is like, you've probably also been curious about what does snus feel like in the mouth? Many users find that they enjoy the sensation of the pouch in their mouth. They also like the different flavours on offer. Some of the more unusual flavours are based on cocktails, others are like liquorice and then there are the classic flavours like mint too.
Another aspect of snus effects is, of course, the nicotine content of each pouch. Larger pouches tend to have more nicotine. Of course, nicotine itself is addictive, so users may need increasing amounts to get the same effect. However, there are nicotine-free pouches, which allow you to enjoy the flavour and sensation of the pouches without the nicotine.

Consumers today have increasingly moved away from products containing tobacco. However, some people do like certain aspects of these products.
Nicotine pouches are great for those who want the feeling that nicotine gives, but there are also many nicotine-free pouches available.
But what is snus without the nicotine? Well, it has all the fantastic flavours of the nicotine versions and it feels the same in your mouth.

Which is Best, Snus or Nicotine Pouches?

The choice between loose snus vs. nicotine pouches is really a personal one. Some people like the feeling of loose snus in their mouths. They also find that it releases the nicotine and flavour much faster than pouches. So if you want a product that gives you all the benefits of snus quickly and effectively, then loose snus is for you.

Nicotine pouches, on the other hand, have the benefits of being very easy to use and very discreet. You don't have to worry about making them into portions. All you need to do is take them out of the tin and put them into your mouth. You still get the great flavour and nicotine, but without the hassle.

Where Can You Buy Snus in the UK?

Currently it is illegal to sell traditional snus within the UK but the good news is that you can buy similar products from our site, such as nicotine pouches.
In fact, we offer a wide range of snus pouches both with and without nicotine. Not only that, but you will find an extensive range of flavours and sizes.
Nicotine pouches come in normal, slim and mini sizes. Each size has a choice of nicotine intensities, so you should be able to find the right size and strength for you.
The nicotine-free pouches are also available on the site in packs of ten boxes.

We hope you've found this overview of snus in the UK helpful. Snus itself has had a long history and has been proven to be popular in Sweden. Its availability in the UK online is limited due to legislations. But you can find the alternative products to snus (nicotine pouches) on several sites, including Northerner UK. Using the website is easy and you can select whatever form of snus you're interested in. We're sure that you will be able to find what you're looking for.

The site offers an efficient and reliable delivery service. We keep our prices low and there are some fantastic discounts to be had.
Our products are fresh, so you know that you're getting the best from us.
If you do have any issues or queries, we have a helpful customer service team who can help during business hours.