How Strong are Nicotine Pouches?
Home / The Northerner / smokeless-tobacco 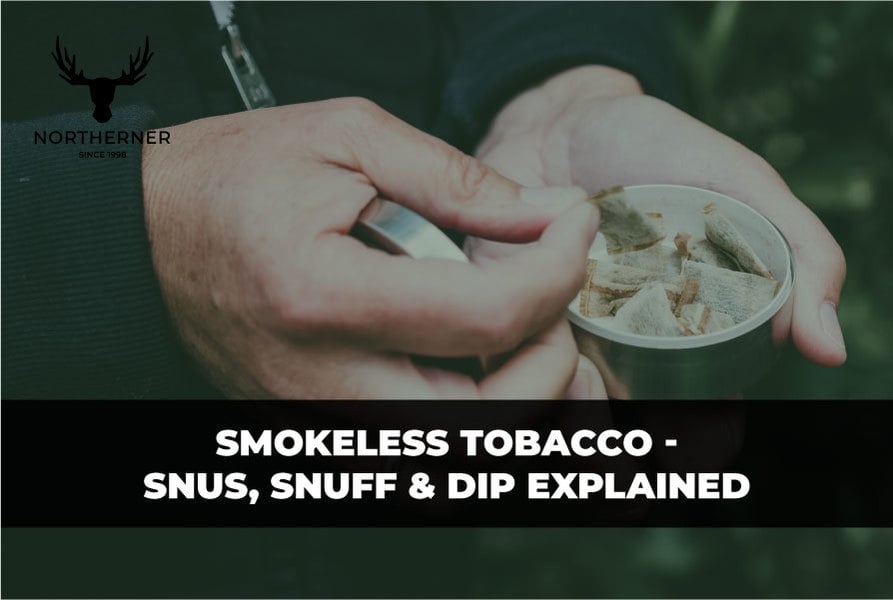 Smokeless tobacco products such as dip, snus and nasal snuff have been popular alternatives to cigarettes for ages. In this article we will introduce you to the various products and briefly explain the differences between them.

Snus is manufactured by steam-pasteurizing finely ground tobacco leaves along with water and salt.
Swedish food regulations apply to the manufacturing of snus, controlling the content and ingredients in snus products.
Swedish snus is available in two main varieties; loose snus (lössnus in swedish) and portion snus (portionssnus in swedish)

Dipping tobacco (sometimes also called dip, chew or moist snuff) is quite similar to snus. It is made by either air- or fire-curing the tobacco, processing it into fine particles (fine-cut) or strips (long-cut). Long Cut dips are the easiest to use for beginners, since the pinches do not easily fall apart after packing them. Unlike snus, the dipping tobacco is then fermented, instead of pasteurized. This gives dipping tobacco a somewhat smokier aroma compared to snus.
While snus is typically put under the upper lip, dipping tobacco is usually placed under the lower. It also often requires spitting, since the excess nicotine infused saliva caused by dipping can irritate the esophagus and cause nausea and vomiting. Some dippers use a specially made so called spittoon for this.
Dipping tobacco is the most common type of smokeless tobacco in the United States.