How to Quit Snus

How to use Nordic Spirit
Home / The Northerner / Can you mix fishing with snus or snuff? 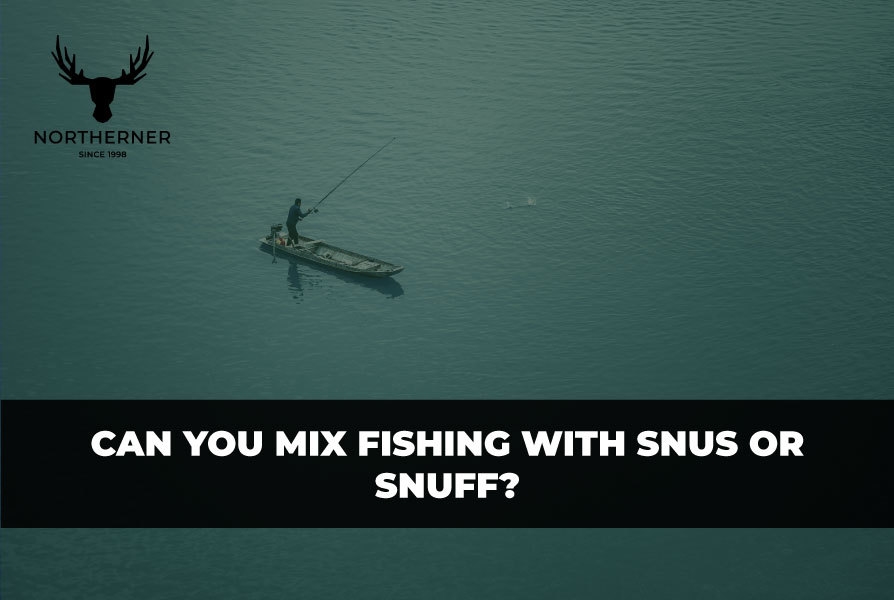 Can you mix fishing with snus or snuff?

An article about tobacco superstitions that exist around fishing, some history of these superstitions, as well as some other benefits that snus can add to the sport of fishing.

They say that fishing is man’s best friend, and many women have watched, perplexed, as men sit in silence for hours, hoping for a small nibble below the surface. During these moments of contemplation (or escape), beers are often portrayed as the main ‘side kicks’. But what about tobacco products – the unsung heroes (superstitiously speaking) of fishing success?

The superstition of fishing and tobacco

Fishing superstitions regarding tobacco date back eons, and are especially evident in ancient native American folklore. In most movies featuring cowboys and “Indians”, the Native American tribe will, at some stage, be depicted smoking a “peace pipe” – which would undoubtedly have contained tobacco. But this idea of tobacco and peace extended even further than merely passing a pipe around a circle (and appeasing former enemies with a pleasant smoke). In fact, it has been said that some Native American tribes would place offerings of tobacco on a special rock at the top of the Mississippi River. This was done to appease the river spirit, and in turn ensure a placid river for calm sailing and bountiful fishing.

So now you might be thinking – well sure, old mythology and superstitions went hand-in-hand, but I doubt those superstitions still exist today. Well, you would be very much mistaken. Fishing is a sport and – as in all sports – it often carries with it certain superstitious acts or rituals that may not seem logical to “non-players”.

For example, Serena Williams is said to wear the same pair of socks to every tennis match, without ever washing them. Her belief in winning is inextricably tied to wearing those socks – and perhaps there is method in her madness, as the ungodly smell may help to throw her opponents off their game.

Speaking of “smell rituals”, some tobacco-using fishermen insist on spitting their ‘tobaccoed’ saliva into the water before they begin fishing. They believe that the smell of the tobacco attracts the fish, thus increasing their chances of a good catch. (Especially bass are touted as being aquatic tobacco fans.)

It has been said, time and time again, that we should not throw plastic into the ocean. But what if this plastic is tied to a rod and serves a beneficial purpose? Well then, maybe a small exception to the rule could be made.

So if you enjoy a bit of DIY, why not try to make a fishing lure from your old snus can (you probably have one or two lying around). The process is rather simple:

1. Take the lid from your can and place the indented side in your palm.

2. Using your fingers, place a little bit of pressure on the can, and rotate it around your palm, so that you place pressure all around the rim.

3. Do this rotating motion for a few minutes, until the top and rim separate perfectly from each other. (You will now be holding the rim and rounded flat surface as two separate pieces). If you’re not in the mood to pop the two pieces using this method, then simply cut them apart (although the separation will not be as perfectly rounded).

4. Using a pair of pliers (or hands if you’re hardcore), fold the flat top in half, so that it becomes a half moon with the shiny side up. Place a small weight inside the folded portion.

5. Drill 3 holes along the rounded side for the split rings, and one hole at the top for the lure tie.

6. Go fishing! If the shininess of the lure fails to attract the fish, perhaps that lingering snus scent will do the job instead.

You may end up catching nothing, but it’s all about the fun of the game right…and maybe the enjoyment of a beer and some snus while playing.