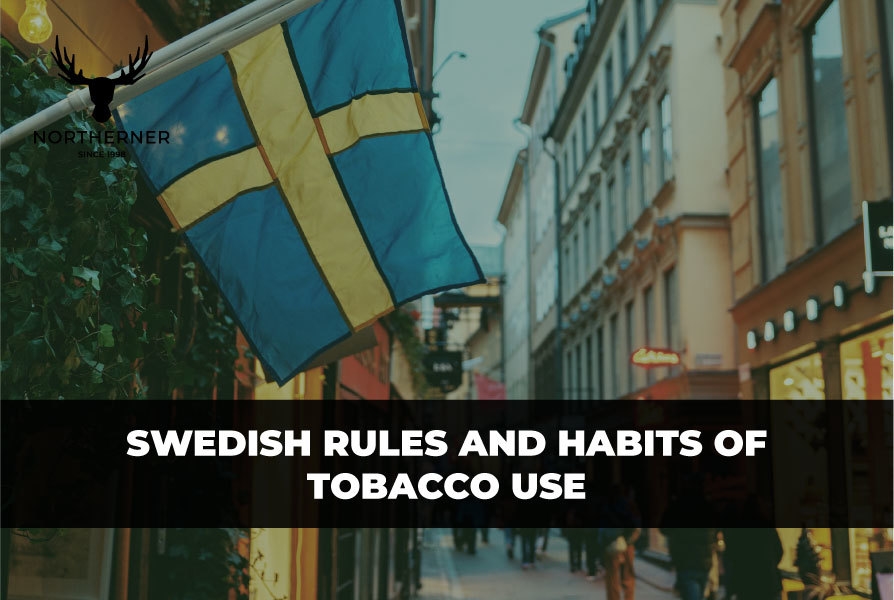 Swedish rules and habits of tobacco use

A brief look at the rules covering tobacco products in Sweden, as well as the behaviour of Swedish consumers.

The use of tobacco products in Sweden is common and, in fact, Sweden is hailed as the motherland of snus. With the popularity of the product among Swedish citizens, it is easy to see why. However, sales and usage regulations regarding tobacco habits have been laid down by the Swedish Government (in collaboration with the EU’s directives), and are strictly enforced by the Public Health Agency of Sweden – which is the chief supervisory body that monitors and guides Sweden’s tobacco use.

The differences in tobacco use between men and women

It is interesting to note that, while women in Sweden tend to smoke more than Swedish men, the use of snus is very much male-dominated. A study in 2018 showed that 18% of Swedish males used snus every day, while only 4% of women did the same. Thus, there are some very distinct gender differences in Swedish tobacco habits.

As mentioned above, the rules for tobacco products are strict and well enforced, and this includes the sale of products. All the ingredients in the tobacco products must be clearly stated on the packaging, as well as any possible health risks involved in consuming the product. Sales are also limited to consumers aged 18 and above, and this is enforced by consumers showing identification upon purchase. All shops must follow a strict self-monitoring checklist to ensure that they, and their employees, comply with the rules and laws regarding the sales of any tobacco products. New rules for selling tobacco came into force on 1 July 2019, which included the need to apply for a permit that allows you to sell tobacco products. There are some vetting procedures for this which are handled by the relevant municipality.

Interestingly, Sweden has the lowest smoking rate in Europe. Indeed, as shown above, cigarette smoking has been steadily decreasing for quite a while. Some attribute the decline in cigarette sales to heightened taxes; however, even once the taxes were reduced, cigarette use still showed a decline.

The same cannot be said for snus. One million Swedes currently use snus on a daily basis, and the number has been rising rapidly for quite some time.

However, regardless of which products Swedes are consuming, and which laws may be enforced to govern consumption, tobacco in general remains popular throughout the country.