How Strong are Nicotine Pouches?
Home / The Northerner / How Long Does Nicotine Stay in Your System 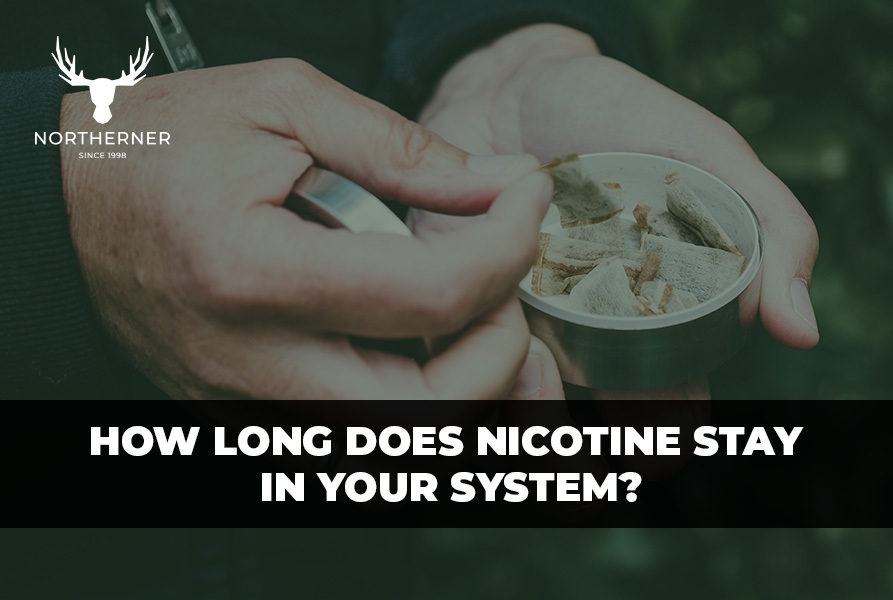 How Long Does Nicotine Stay in Your System?

Nicotine is a naturally occurring alkaloid that works as a stimulant for humans. Nicotine can be found in the nightshade plant family, and is a core ingredient in tobacco products. However, in recent years it has been produced synthetically and also extracted from tobacco leaves to create tobacco-free products such as nicotine pouches.

Nicotine and the Human Body

As soon as the nicotine enters your system, it moves rapidly through the body entering the bloodstream and making its way to the brain. Users will feel a sudden surge of adrenaline; this increases heart rate, blood pressure and the amount of dopamine in your system. The feeling of pleasure nicotine users get is from dopamine, a neurotransmitter in the brain known for the feel-good feelings, and is a major reason for the addictive element of nicotine products.

Even if you quit using products that contain nicotine, traces will still be found in your system. Your liver breaks down the nicotine into a variety of different chemicals including cotinine, which is the byproduct that is tested for during nicotine screenings.

The broken down nicotine is removed from the body in urine, but can traces can be found in hair, blood, saliva and nails for a period of time too.

How Long Does Nicotine Stay In Your System?