The EU calls for evidence: express your opinions!

What is Snus?
Home / The Northerner / What is snuff? 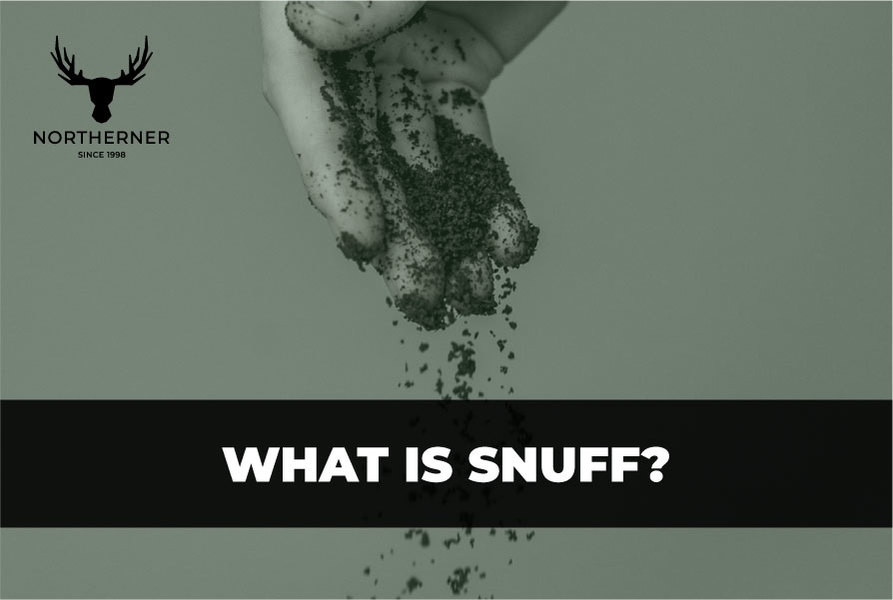 What is snuff tobacco?

The word snuff is often used as a collective term for smokeless tobacco products such as snus, dry nasal snuff and dipping products. However, they are processed and used in very different ways. As the number of various kinds of smokeless tobacco has increased, there has been a need to differentiate between the products.

Snuff is a dry tobacco product that is produced by grinding or pulverizing tobacco leaves. It is consumed by inhaling, or ”snuffing” into the nasal cavity, which induces a swift nicotine hit.
Traditional snuff production requires a very long process consisting of many different steps in specialized snuff mills and the the product requires months or years of special storage to reach the required maturity.
It comes in a wide variety of textures, flavours and strengths. The most common one is plain snuff without any artificial scent or flavour added to it, but it can also be infused with various flavourings such as spices, fruit or floral. Other common flavours include chocolate, bordeaux, vanilla, cherry, cinnamon and orange.
Snuff can be bought over the counter in most European tobacco shops, but is usually subjected to the same rules and regulations such as age restrictions as other tobacco products.

HOW TO USE SNUFF

Most commonly, a pinch of snuff is placed on the back of the hand and then sniffed or lightly inhaled. But specially made snuffing devices such as a ”snuff spoon” can also be used.
It is important to avoid snorting the snuff, as this can cause an unpleasant drip in the back of your throat and a burning sensation in the sinuses. You should only inhale with enough force to slightly lift the powder into the front of the nose. The amount of force required to inhale depends on the texture of the product. The finest snuff requires almost no force at all, while the coarser variants might require one to inhale a bit harder. It is not uncommon for the inhalation of snuff to cause sneezing.

THE HISTORY OF SNUFF

Tobacco has been used by people since ancient times. The first known documented records of humans smoking tobacco in pipes are from 2000 BC, but archeological finds in North America suggest that it has been used as far back as over 12 000 years ago. Native Americans have since long been using pipes in peace rituals and various religious ceremonies.
The indigenous people of Brazil are considered to be the first to use ground tobacco as snuff. They would grind tobacco leaves using a pestle and mortar made of rosewood, which would infuse the tobacco with a wooden aroma. They would then store the snuff in ornamented airtight tubes or bottles to preserve the flavour.

Snuff is brought to Europe

Snuff was first introduced to Europe by the Franciskan friar Ramón Pané, who brought it back to Spain after accompanying Christopher Columbus on his second voyage to the Americas in 1493.
In the early 16th century, the first manufacturing industries of snuff was established in the city of Seville, however the Spanish called the product polvo or rapé.
Snuff was introduced to the French court by Jean Nicot, the French ambassador in Lisbon, in 1561. He considered tobacco to have medicinal properties and prescribed it to the Queen consort of France, Catherine de' Medici to treat her persistent headaches. The queen was so impressed with its therapeutic effects, she proclaimed the tobacco to be termed Herba Regina (Queen Herb). This royal seal of approval helped popularize nasal snuff among the French nobility, from where it spread to other courts across Europe, and eventually the rest of the population. Nicot was so associated with tobacco, the plant was eventually named after him, hence the Latin name Nicotiana.

The spread of snuff tobacco

It was the Dutch who eventually introduced the name snuff for the increasingly popular nasal tobacco. They first started using the product around 1560 and by the 1600s it had become an expensive luxury commodity.
Snuff grew to be rather commonly used throughout European society, but where the nobility used nasal snuff, the farmers used chewing tobacco and the commoners smoked cigars. Commercially made snuff was introduced back into North America in 1611 by John Rolfe, the husband of Pochahontas, as he brought with him a sweeter Spanish type of tobacco. American aristocrats supposedly embraced the British use of nasal snuff, however it never fully caught on among the colonists in America.

Controversy, opposition and the snuff Queen

During the 17th century an opposition against snuff started to grow. Among the adversaries was Pope Urban VIII, who banned the use of snuff in churches and threatened to expel those who used it. In Russia, the sale of snuff was prohibited by Tsar Michael, who in 1643 instituted the punishment of cutting off the noses of those who used it.
However, the use of snuff continued to flourish elsewhere, and in England the peak was reached during the reign of Queen Anne in the early 1700s. During this time, England started producing its own ready-made snuff blends and home-made blending was also common.
Rumour has it that Queen Charlotte (wife of King George III) had an entire room in Windsor Castle devoted only to stocking her snuff, and that she was often called “Snuffy Charlotte”.
In the United States, the use of snuff fell out of fashion by the late 1700s, most likely because the rejection of European practices in general, and especially British ones. Instead they would consume it orally, by using a twig as kind of a brush to “dip” in the snuff and then place it inside the cheek.

Simply put, snus is a moist version of dry snuff, originating from Sweden in the early 18th century.
Instead of inhaling, it is most commonly placed underneath your upper lip, between the lip and the gums, letting the nicotine absorb into the bloodstream through the oral mucosa. Snus comes in two versions; loose snus and portion snus. The loose snus is a moist tobacco powder which can be portioned and packed into a cylindrical or spherical shape according to preferance. This is usually done with the fingertips, but you can also use a purpose-made device. Portion snus is prepackaged moist tobacco powder in small pouches or sachets. This kind of snus has become more popular lately, probably because it is easier to use and more discreet compared to loose snus. The nicotine and tobacco content vary among brands and lately some brands with tobacco free nicotine pouches have appeared on the market. Snus is popular in the Nordic countries as well as in America, but Sweden is the only country within the EU where selling snus is legal.
While snus is not legal in UK, you can buy nicotine pouches as an alternative to snus.

”Dip” or ”dipping tobacco” is a common tobacco product in the US which is often confused with snuff.
American dipping tobacco is a smoke free tobacco product consisting of thinly sliced or ground tobacco leaves that has been moistened. The dip is used by placing a pinch or ”dip” in your mouth, between the lip and the gum.
Unlike snus, dipping tobacco is usually placed underneath the lower lip, causing an increased production of saliva. This is why dip users often need to spit a lot, since swallowing the tobacco-saliva can cause nausea, vomiting and irritation of the esophagus. Some dip users use a so-called spittoon to dispose of the excess saliva.

THE EFFECTS OF SNUFF

As with all tobacco and nicotine products the question of health is one that concerns many. If you have any queries or questions regarding snuff related to health and well-being, we advice you to consult your doctor as we are not authorized to give health related or medical advice.